Hinter den Schlagzeilen a documentary film directed by Daniel Sager, produced by Bauderfilm, has been the opening film for the Munich Documentary Film Festival and has been positively discussed in reviews. I was working on the sound design together with Dominik Leube (as Mareschka Studio) Dominik did the Mix which was finalized at the Tonbüro Mixing stage.

Mareschka.de is launched. The website of our shared office in Mareschstraße 14, Berlin-Neukölln. Our working-home since 2014 and contsantly growing network hub. Many succesful projects have been worked on in our sound studio. From this years LOLA Winner in the category Sounddesign for Systemsprenger to powerful and award-winning documentaries like Barstow California by Rainer Komers.

We won the Lola, awarded by the german film academy for sounddesign of Systemsprenger. I was working on sound design with my colleague Dominik Leube. Original Sound Recording: Jonathan Schorr & Corinna Zink. Rerecording: Gregor Bonse. Foleys by Luis Schöffend.

I did original sound recording on the latest Tatort: "Das perfekte Verbrechen" which is still available in the ARD Mediathek. The quota was 9,32 million tv viewers (source wikipedia). Not bad!

I am happy to announce that me and my fellow Sound Crew of Systemsprenger  (eng: "System Crasher") have been nominated for "Beste Tongestaltung" at "Deutscher Filmpreis". After the launch of System Crasher on Netflix, another exciting chapter of this outstanding film.

Barstow California has been nominated for Preis der deutschen Filmkritik 2020. As well for the Grimme Preis 2020. Komers films are known for poetically composed sound- and landscape descriptions among documentary film lovers!

The film musical Kopfkino (Dir: Peter Lund) is screened on several festivals around the world, the latest one is in Biberacher Filmfestspiele (in the main competition! more to come!). The Film is based on the original musical by Peter Lund and Thomas Zaufke which was shown in Neuköllner Oper. It is part of my engagement as a teacher in the sound engineering studies at University of Arts - UDK Berlin. A team of seven sound students where working on the sound design under my supervision. Final rerecording was done in Traumton Studio, supervised by Wolgang Loos.

and Barstow California (Dir: Rainer Komers) is having it's cinema start on the 3. of october.

Golden Twenties (Dir: Sophie Kluge) is in the cinemas by now and has good reviews. And System Crasher (aka Systemsprenger, Dir: Nora Fingscheidt) has been chosen as german film for the oscar competitions. The film is going to be in the cinemas by the 11th of September... Good times to enjoy my holidays!

Golden Twenties by Sophie Kluge was premiered on Filmfest München. Here's the Trailer. The film is going to start in the cinemas in August!

And Cleo by Erik Schmitt is starting in cinemas next week on the 25. of July. There's gonna be some outdoor cinema screening and this film is the right film to be enjoyed out in the free air in berlin!

Good Luck to both of these films!

A little recap: Systemsprenger won the Silver Bear at Berlinale

and also won the main price at the Filmkunstfest Mecklenburg-Vorpommern (Schwerin). Also, we are very happy that our sound design has been awarded in Schwerin.

Our second race horse at the Berlinale, Cleo won the "Leo" price for youth film @ Schwerin. We are very happy about the success of these two beautiful films!

Cleo will be in cinemas from the 25. of Juli! Watch out!

At the moment my co-working collaborate fellow associate and dear colleague Domink Leube and I are in the postproduction of TAGUNDNACHTGLEICHE (Dir: Lena Knauss, Tamtam Film) We are responsible for original sound recording as well as sound design and the mix.

Barstow, California has been shown in Berlin, Vienna and Kassel. Go Rainer, go!

The reenactment film Children of Spring (Dir: Dusan Solomun) has been shown in Beldocs Festival, Belgrade. Next festivals are coming!

Update for Rainer Komers Barstow, California where I was contributing as a sound designer: Winner of the ARTE documentary feature price at Duisburger Filmwoche.

More feature films on their way! In postproduction of Systemsprenger(AT) by Nora Fingscheidt now...

Barstow, California is shown in the Vision du Reel festival in Nyon. The film continues with Rainer Komers unique style of "landscape listening" combined with an engagement for the poet  Stanley "Spoon" Jackson who is serving a lifetime sentence without parole. I have been working on the Sound Design.

Exodus finally get's shown in german cinemas after the shooting has take place in 2014/15. The refugee topic remains as up-2-date as never before.

Here's a list of dates where it's shown: realfiction.de

And also The New Children of Golzow is shown again in Berlin, Achtung Berlin!

This years first entry after winter sleep is dedicated to the tv premiere of Truth Detectives by Anja Reiss. It's been shown on festivals in germany and internationally. Hof, Warsaw, Biberach and Teheran. We also had a nice team premiere in our Mareschka office.

link to the trailer

Truth Detectives, directed by Anja Reiss, in Hof. Currently I am in Dok_Leipzig where Die neuen Kinder von Golzow is premiered... We did a 5.1 Mix at Tonbüro.

Read this article about what's going on around us:

Einwurf Zwanzig Pfennig a short but nice documentary will be screened in Schwerin and Oberhausener Kurzfilmtage. I did the 5.1 mix @ Sonnenstudio Berlin

The long awaited premiere of 2557 is finally coming up, now at BAFCI Festival in Buenos Aires, International Competition. I've been working on the Sound Design and Mix together wit my studio partner Dominik Leube.

Shalom, Salam, Halejula                                is screened today on ZDF (within documentary series: "37 Grad"). It is a production made almost entirely within our nice shared office "Mareschka" in Rixdorf/Berlin. I was doing production sound for this nice little peace of television. Other colleagues involved are: Dir: Aljoscha Hofmann, DOP: Luise Schröder, Editor: Jan Bihl, Soundmix: Dominik Leube link to the ZDF Mediathek

I will have the honour to represent VALENTINA in Vienna at the Ethocineca in the beginning of May, this year. Due to the absence of my colleagues I will be there. Come meet me in Vienna!

Bilder vom Flo (Flo's Pictures, directed by Julian Vogel) has official german premiere on the Max Ophuels Festival end of january. I was responsible for set recording as well as sound design and mixing. Check out the official website and the trailer!

I am happy to announce the premiere of our film - where I was doing sound postproduction - in the competition of Perugia Social Film Fest  2016.

Luise Schröder, Cinematographer of Valentina has won the Michael-Ballhaus-Preis at the First Steps Award. Our film was also nominated for the documentary price. We're happy to get some attention for the film and the contact with the family is still active. Read more on the official Valentina website.

Valentina & Girls don't Fly are shown soon on the 10th Edition of the Fünf Seen Festival in Starnberg. . For more information check the Festivals website!

Girl's don't Fly is being shown on several festivals, having won the audience award in Max Ophuels Festival. After Diagonale in Graz / Austria and HotDocs Toronto/Canada there's dokfest Munich on the festival schedule and more to come...

Valentina is shown on the Berlinale, Perspektive Section.

The Film I was involved as sound recordist, sound designer and sound mixer. Director: Maximilian Feldmann, Camera: Luise Schröder. valentina-film.com  is online and the film get's good reviews in media. for example TAZ is writing about Valentina.

I am happy to announce that Girls don't Fly won the documentary competition on the Max Ophuels PreisMax Ophuels Preis in Saarbruecken. And another  is going to be shown on Berlinale Perspektive section: VALENTINA.

I did sounddesign and rerecording for this beautiful film.

The Long Distance, a "Kleines Fernsehspiel" about marathon runners from east-afrika, was shown yesterday on ZDF, on my favourite time, 23:55. Link: Mediathek.

Fremdkörper - a TV Movie we shot last year in Istanbul - formerly known as "Transit" has been succesfully running on Festivals and won the audience award at Max Ophüls Preis this year. It's a final degree film Film by Christian Werner produced by Venice Pictures and the Filmakademie Baden-Württemberg for ZDF/Kleines Fernsehspiel. Tobias Adam was accompanying me as Boom Operator.

Another Short-Film I did last year which is screened on Arte is Mund zu Mund  (saturday, 14.03.15, 0:40) directed by my name brother Oskar Sulowski!

Two films I have been involved in on location sound and postproduction are being launched on festivals:

Island36 - a documentary about refugees in Berlin Kreutzberg is shown in the biggest european documentary festival IDFA in Amsterdam. watch the trailer

in Hof (german premiere), Braunschweig and Lünen and finally Colognes See The Sound as the opening screening

On this Years Venice Labiennale Festival Zerrumpelt Herz is one of two german films being showed. It is part of La settimana internationale della critica. I am happy end excited how this film with my sound design & mix will be appreciated.

It is my second production with ohne gepäck film from Berlin. Zoran Solomun, the producer and Dusan Solomun (DOP) are close friends of mine.

I also did the documentary Lod on the Map! together with Dusan Solomun, when we used to live in Israel for a year 2009/2010.

I am happy to announce that the documentary Insel 36 about the refugee camp on Oranienplatz in Berlin-Kreuzberg, had it's team premiere in germanys oldest cinema Moviemento. Soon to be seen on festivals.

Just came back from shooting for Fremdkörper, a feature film for ZDF Kleines Fernsehspiel and Venice Pictures  and turkish service production ASI Film.

Sound Design started and later the Mix (Dolby 5.1) of "Zerrumpelt Herz" will follow. The first long Feature film of Timm Kroeger shot on location in the black forest, on ARRI Alexa in Scope. Check this link: zerrumpeltherz.com 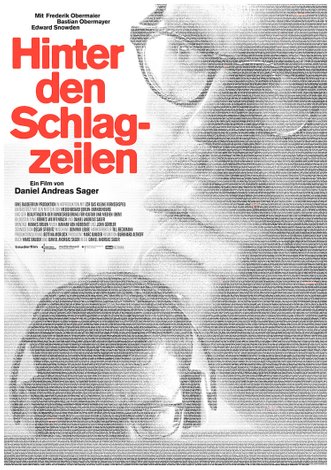 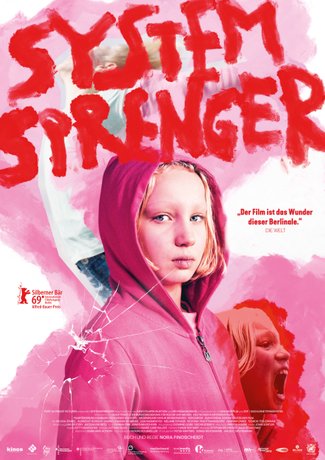 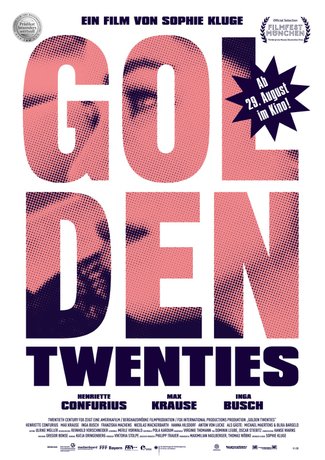 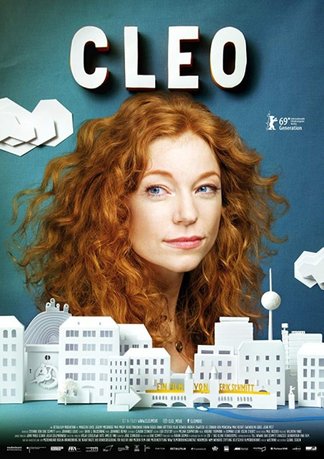 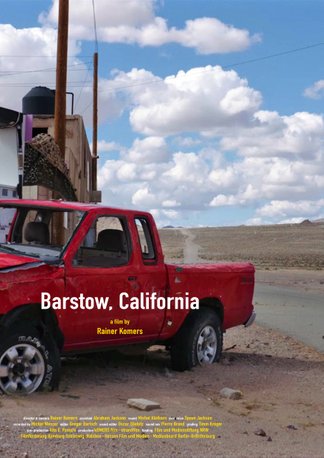 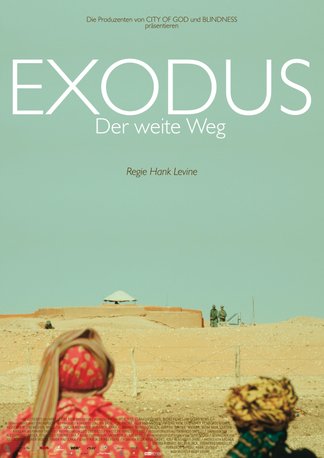 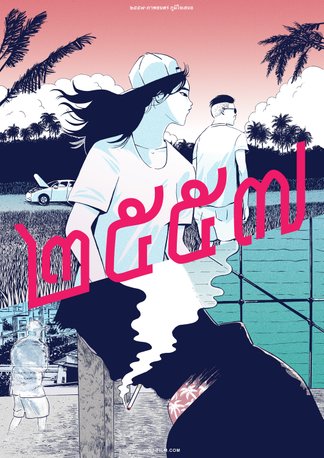 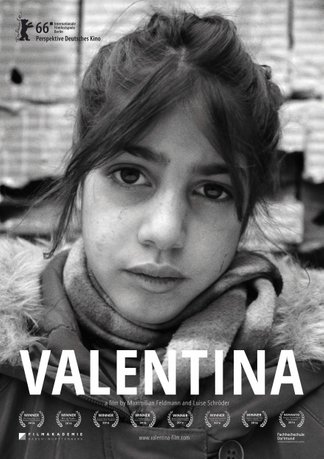